Introducing a New AMS to Your Membership 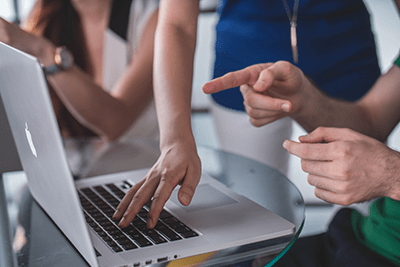 Change is sometimes necessary, but that doesn’t mean it’s the easiest thing to make happen. The idea is that once you move through the transition, your life will get easier. However, that’s not a guaranteed outcome. First impressions are a big deal in how people interpret something. The initial opinion they form has a huge impact on how they will perceive the initiative as it evolves.

One of the common changes made within organizations (as well as associations) is the introduction of new technology. Many fear change simply because they don’t want to feel inadequate, uninformed or incapable. They know how to use the current solution but now they are being told they have to use an entirely new system they know nothing about. I think it’s perfectly reasonable to have those feelings. You certainly shouldn’t make anyone feel like they are acting out of context when they feel this way. On the contrary, you should show understanding for their concern throughout the transition process. After all, the intended outcome is to have everyone enjoying the new system once it has been successfully rolled out. Each person’s journey to get to that outcome will be different.

If you ever find yourself in a situation where your association sees the need to transition to a new AMS (or, are thinking about implementing an AMS for the first time), you should do everything in your control to make the move smooth and successful. Below are some of the key elements you’ll want to consider when introducing a new AMS to your members.

Scrutinize Your Choice Before Pulling the Trigger
None of the following tips will have any positive impact in transitioning your members to the new solution if the one you’ve chosen is impractical for your association’s environment. From the outset, if there’s even a slight inkling that a particular AMS will not adapt to your organization’s needs, do not just go along. Make sure the AMS you choose to implement gives you a high level of confidence it will turn out to be the right fit for your association and it members. The last thing you want is to put your administrators and members through a transition, only to turn around abruptly and start the whole process over again with another solution – since the one you chose was a flop. That’s a good way to demoralize and discourage the people you intend to get buy-in from.
Keep Them Informed
Transparency is absolutely everything when it comes to change management. Being open and honest with your people will both stimulate the potential for further buy-in, since it will make them feel more involved in the process, and empower them to persevere through the temporary discomfort of transition. You should put considerable effort into keeping those impacted abreast of all new information, whether it’s before, during or after implementation. Keeping people in the dark will only result in wandering imaginations and inaccurate speculations. The more informed your people can be, the stronger the potential for meaningful and smooth transition. Control the narrative by communicating the ups and downs.
Give Them the Why
When you push people outside their comfort zone and disrupt their routine, to help them fight any resistant dispositions they may have, you need to make the expected benefits that will result from the change very clear. Ask administrators and members what some of their pain points with the existing system are and discuss how the new solution will rectify those issues and make their experience more enjoyable. Keeping the benefits your association is working toward front and centre during the transition process will motivate people to stay committed to the change, instead of becoming discouraged. The promise of a simplified user experience is like a carrot that can be dangled to spur your people on. If you are successful in painting a picture that allows administrators and members to reasonably imagine a better existence within the new solution, they’ll be empowered to push through the temporary discomfort.
Identify an Internal Champion
Whenever you are attempting to convince people to buy in to any initiative, you need cheerleaders. As a decision-maker, no matter how well you level with the people under your charge, you’re never going to be perceived as one of them. Since that’s the case, you’re going to want to draw on your champions at the administrator and member level. Having champions in amongst the other people who will be impacted by a proposed change will allow you to accurately gauge the collective sentiment of the group, and will empower you to better control the positive trajectory and outcome of the transition and implementation. When it comes to transitioning to a new AMS, you’ll want to do everything in your power to positively influence the attitudes of your membership. Garnering members’ buy-in will decide whether your new AMS is a hit (or otherwise). Lean heavily on the input you receive from your embedded champions, so you can close the gap between your goals and the end-users’ concerns.
Do Not Be Discouraged by Resistance
It doesn’t matter how amazing a job you do to support a software transition – there will still be some level of resistance to the change. Frankly, you want a bit of resistance – that means they are thinking critically and are concerned about the outcome, and there’s nothing wrong with that. The last thing you want is to have uncontested subservience. If everyone just went along all of the time, the successful outcome of your decisions would depend on just a few pieces of input, instead of many. The more perspectives you can include into decisions, the better prepared you will be to plan for success. And yes, even once the system has been fully integrated into your association and most have come to appreciate its value, there will still be a few straggling dissenters. However, some just take a little longer to achieve buy-in – they’ll get there eventually. It’s a natural reaction to resist change, so don’t take their hesitance personally. Stick to the game plan, listen to their grievances, drive home the benefits and keep moving forward. If you’re confident the AMS you’ve chosen is the best option for your association, those former resisters will thank you once they are up to speed on the solution’s capability.
Identify a Point of Contact
There will be a lot questions and concerns that need to be responded to throughout your AMS transition process. Whatever you do, don’t let your administrators or members be made to feel alone or left high and dry. If a member begins to get frustrated with a feature they don’t understand, and they have no one to reach out to, they will quickly lose interest in the implementation. Don’t leave anything to chance. At the outset of the transition, establish a point of contact within your association, as well as a contact person from the solution provider. This way, everyone involved in implementing the new AMS will know who their resources are. The internal contact can be drawn on as an initial step, and if they are unable to answer the question, they can escalate the inquiry to the provider contact. This will also be a great test to see how well the provider intends to support its solution. An AMS provider should stand behind their solution throughout the duration of its use. However, they may need to be drawn on more often during the initial roll-out, since association members will be familiarizing themselves with its operation.

There’s a certain level of excitement that comes with finding the perfect AMS solution. When you’ve been frustrated by another piece of software, landing on something that will empower your association instead of weighing it down is refreshing. While it’s great to get excited about your new solution, make sure you don’t put the cart before the horse. Jumping right into your new AMS without properly prepping your end-users and creating a meaningful collaborative relationship with your provider could undermine the greatness of the solution. Work closely with your administrators and members to ensure they understand the new solution, and get them onboard with its features and benefits. Doing this will allow you to curtail any existing resistance and will get end-users just as excited as you were when you decided to make the change.

Guild has supported many associations in their transition away from a failing solution, to a more empowering, tailored, and supported AMS. If you’d like to discuss the Guild AMS further, or would like to schedule a live demo, please click here.